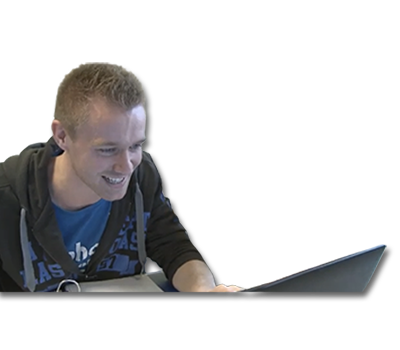 On this page I will tell more about myself. Please follow the links below for more information.


Who is Casper Nybroe

Who is Casper Nybroe?

The following is a resume of me and how I got to where I am today.

I have always been creative with projects and I find it fun to workout new, easier and more efficient ways to optimize work and to develop new products.
I am very open, outgoing and easy to talk to. I have my opinion on things but I am not afraid to admit, if I am wrong. This - amongst others - makes me a good teamplayer and a good leader.
In the year 2006 I started reading about online marketing and webshops. I studied at home along with my full-time job at the Copenhagen Fire Brigade. I read and took seminars about how to make your own webshop and how to run it and within 2 years I had my own webshop - "Kampgear". The shop was setup with dropshipping and everything went well besides the storage system at my dropshipper. This unfortunately forced me to shut down the webshop. Fortunately this experience had given me knowledge about my niche and I was able to get a job as a consultant at Nippon Sport where I worked for 1½ years until I started on my own project - "Fightplan".
I graduated as a fireman and an ambulance driver at Copenhagen Fire Brigade but after 5 years of service I choosed to leave the job. I left because I wanted new challenges and because I wanted a job where I worked with projects. Therefore I started my education Healthcare Technology. With this education I am able to combine my two areas of expertise - healthcare and technology.
During the education I started working on my new project called "Fightplan". Read more about it here.
Fightplan has been live since 2013 and in mid 2017 I decided to start on a new version of Fightplan which includes developing the application from scratch. The new version includes a completely new design, full responsiveness and much more, check it out here.
Since I was 11 years old I have been training martial arts and I have tried alot of different styles such as MMA, Boxing, Karate, Goshin Jitsu, Judo, Jiu Jitsu, Muay Thai Boxing and Kickboxing. As for now I have ended up with training kickboxing, which - up until 2016 - I trained 2-3 times a week where I trained on the fighting team and where I coached the beginners. I had my first son early 2017 which forced me to put Kickboxing aside for now but I hope I will be able to resume the training in the nearby future. Until then I keep my training up to date as much as possible by working on my own sandbag.
Besides my education, my work and my training I spend alot of time with my friends and family.

Following is a list of what I see as my strengths and weaknesses.

Both strenghts and weaknesses

The following things can be discussed if its a strenght or a weakness:

I want to get things done as soon as possible. But without rushing anything. Things must be done properly which it won't if rushed. Personaly I see this as a strenght but I understand why some might see it as a weakness.

I don't back down too easy. If I am really set on getting something done or getting something to work, I usually get it. Although there always will be something that you can't do by yourself or on your own. This can be a strenght when handeling something complicated, but it can also be a weakness if I use too much time on it and still haven't got any results at the end.

I always want things to be done properly and to perfection - if possible. Unfortunately there is not always time for perfection. The positive side of this skill is that I always strive to archive the best possible result. The negative side is that the time spendt on one thing might be too much.

Through the years of learning I have been on several very different projects and jobs, which have lead to the following skills and exprience.

Listet below you will find my CV. It is also available on downlad.

Graduated Elementary School at the age of 16.

Graduated High School, specializing in Mathematic at the age of 19.

Hired at Copenhagen Fire Brigade as a Paramedic Trainee.

Passed the Paramedic exam and was hired by the Copenhagen Fire Brigade.

Storage assistant at OTRA’s main storage in Herlev. Got offered a job as a Supervisor, but had to decline because of my employment at Copenhagen Fire Brigade.

Marketing consultant and developer/designer for the DiabeticLink project at the University of Arizona (Part of my education.)

Coaching the beginners at my kickboxing club once a week.

Ringside coach and cutman for fighters in contest.

Fitness, including cardio and strength.

Kickboxing, Boxing and other aspects of Martial Arts.

Listet below are links to projects that I have been or are working on.